A walk in the Purr-ambulator

Gilly is an indoor cat. And we have a pretty small apartment. Its not surprising then, that every now and then he makes a break for the great outdoors. Usually, this takes the form of him bolting out the front door under our feet and making us chase him all the way up to the top of the stairwell.

Its four flights up.

Eli and I really do not appreciate this little game as much as Gilly does.  The little jerk...

One time when Gilly got out, our upstairs neighbor was coming home from a late shift and Gilly managed to slip into his apartment without his notice. He locked his door, turned around, and voila! a cat he had never seen before was sitting in the middle of his living room, acting like he owned the place. The situation was rectified pretty quickly, but ever since then, those neighbors have been convinced our cat is some sort of minor demon.

"For lo, orange tabbies are born into trouble as the sparks fly upwards..." 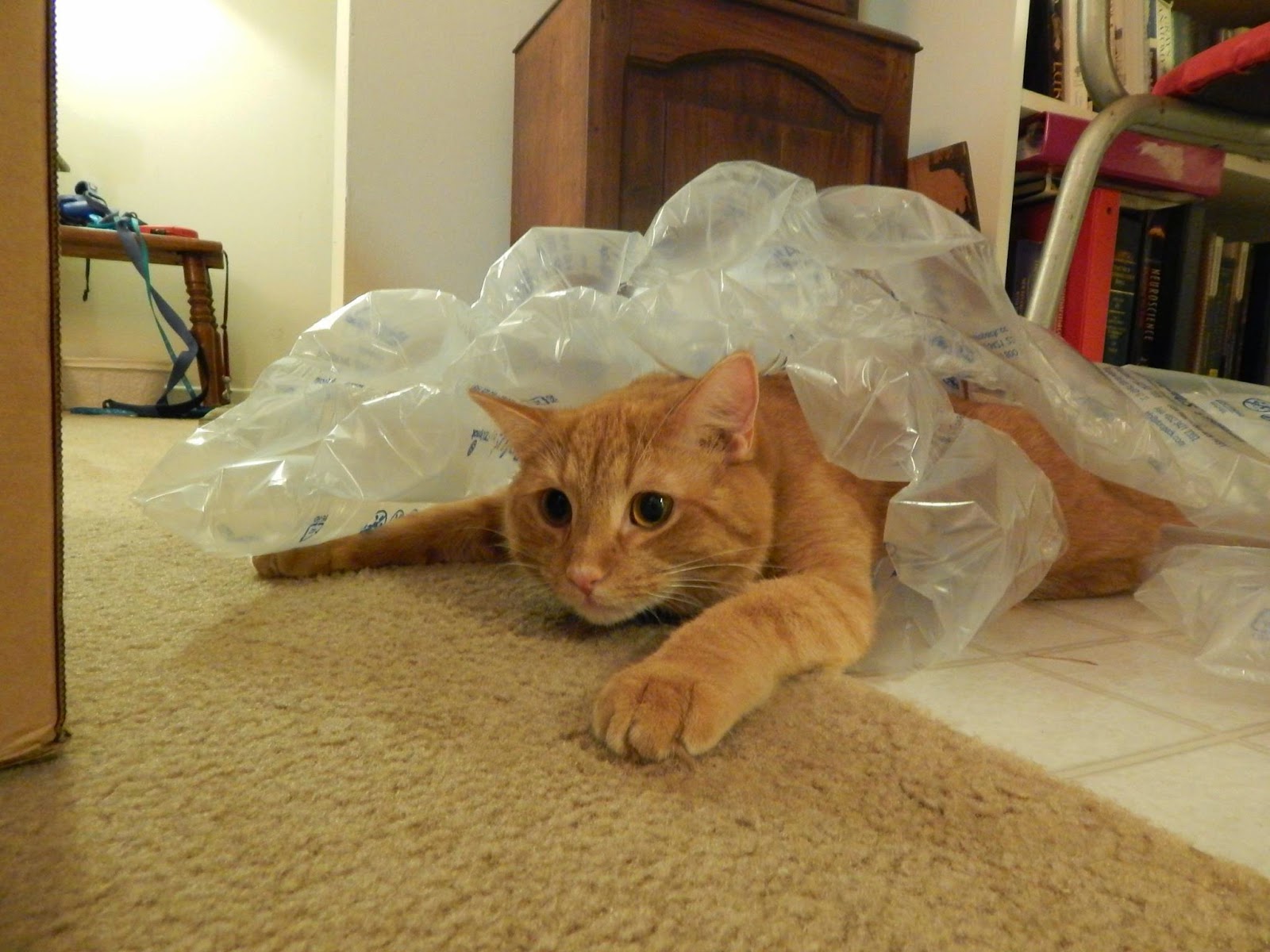 Since then, I've tried to find ways to cure his wanderlust without terrifying the neighbors or having to make mad dashes up four flights of stairs. And plus, I don't actually want my cat to be living in a haze of mind-numbing boredom for his whole life. What seems to work best is a walk in the "purr-ambulator.  I put him in his harness and leash,  pop him into the laundry cart, attach the leash with a carabiner so he can't escape, and take him for a ramble through the woods. Yeah, that's right.  I'm the crazy lady who takes her cat for walks in a stroller. 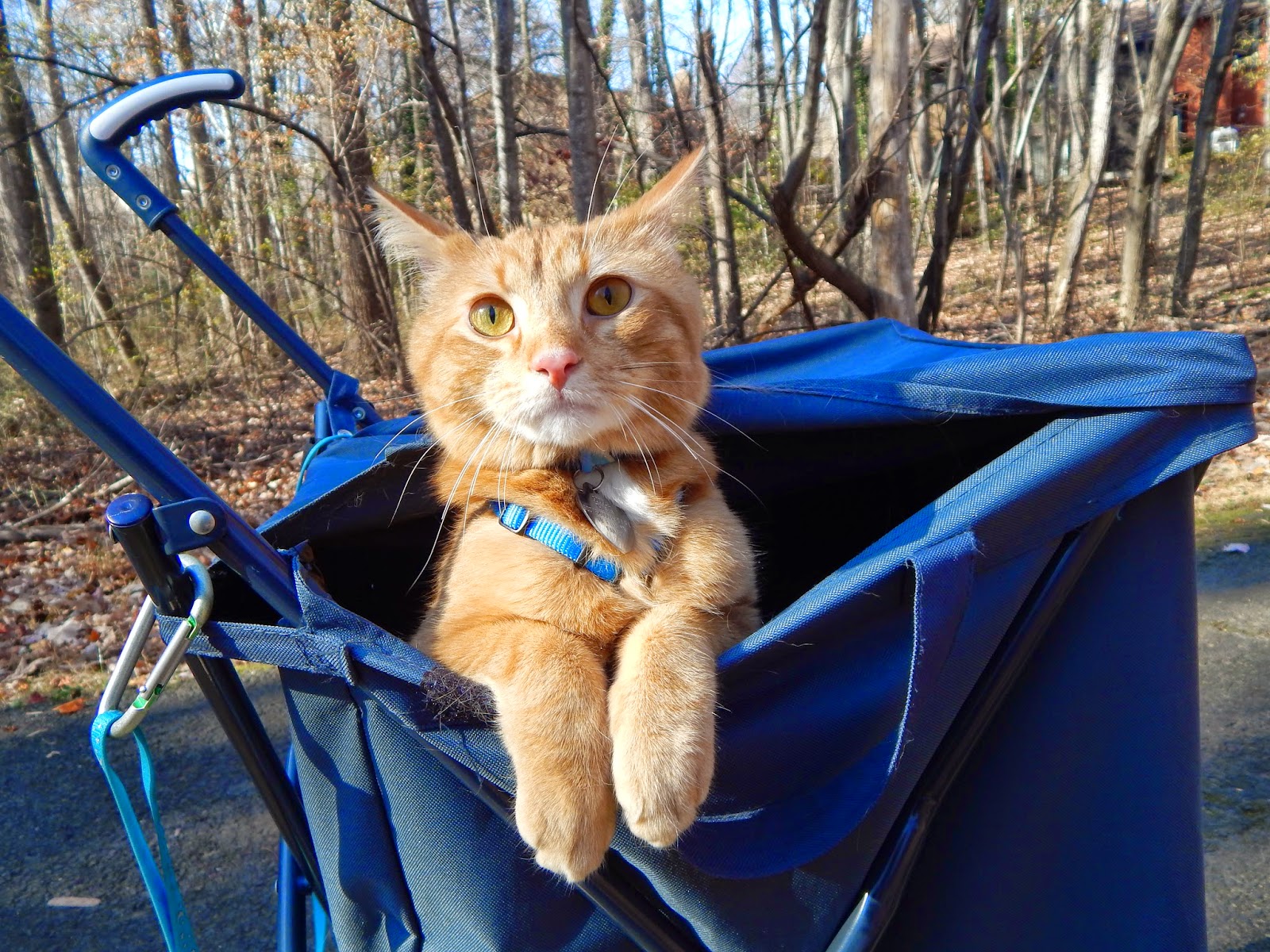 I can't quite tell how he feels about these excursions. From his expressions it appears to be a mix of fear, over-stimulation, and extreme fascination. Kind of like a human on a roller coaster. But he usually doesn't try to escape, and he usually doesn't meow pathetically (unless I stop the cart for more than a few seconds). And usually for a few days afterwards he'll hop in the laundry cart when he sees he heading for the door and then glare at me expectantly. I take that as a sign that at least I'm not committing any sort of animal cruelty. And it does usually stop him from trying to bolt out the front door for a few days. 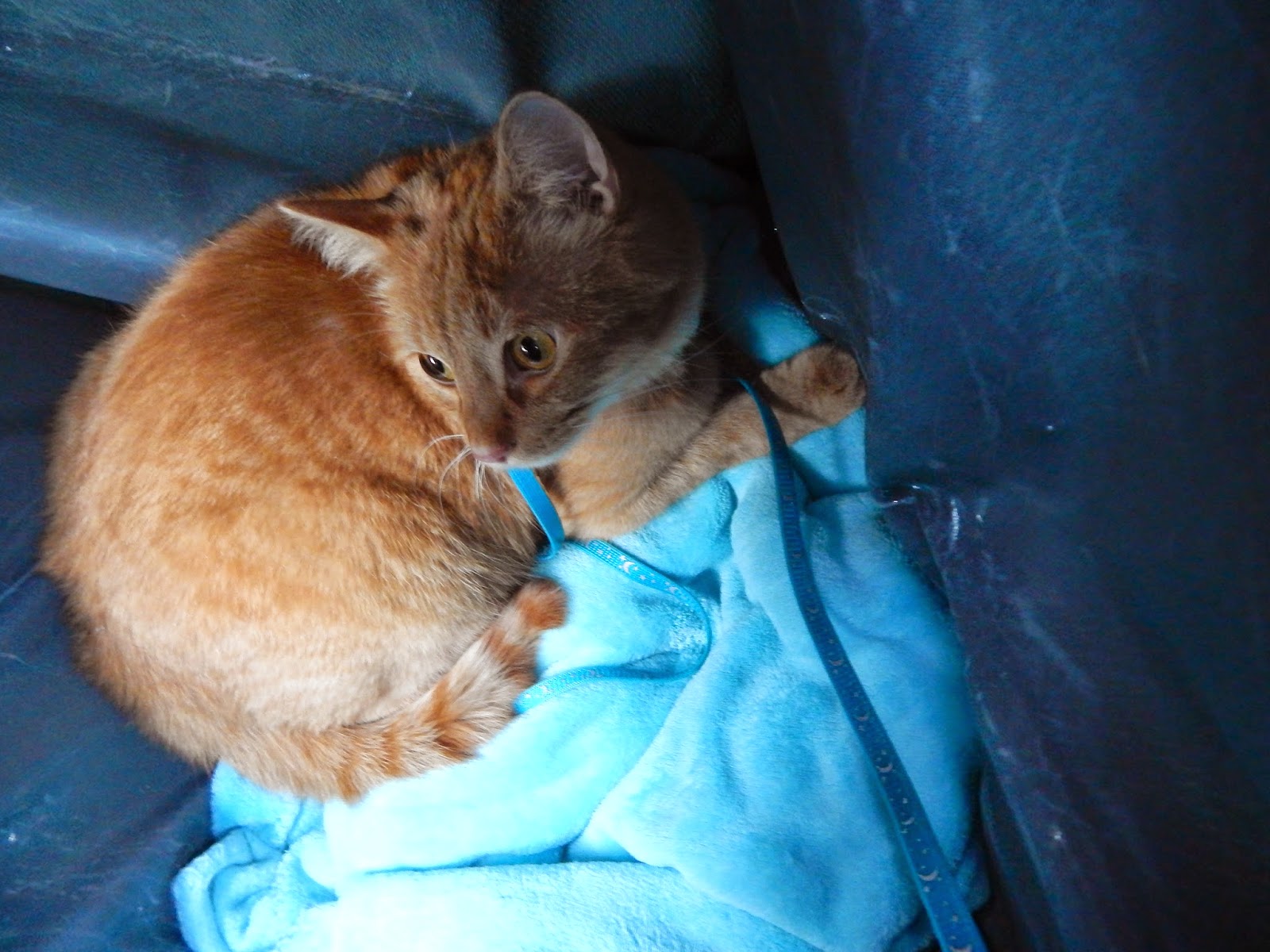 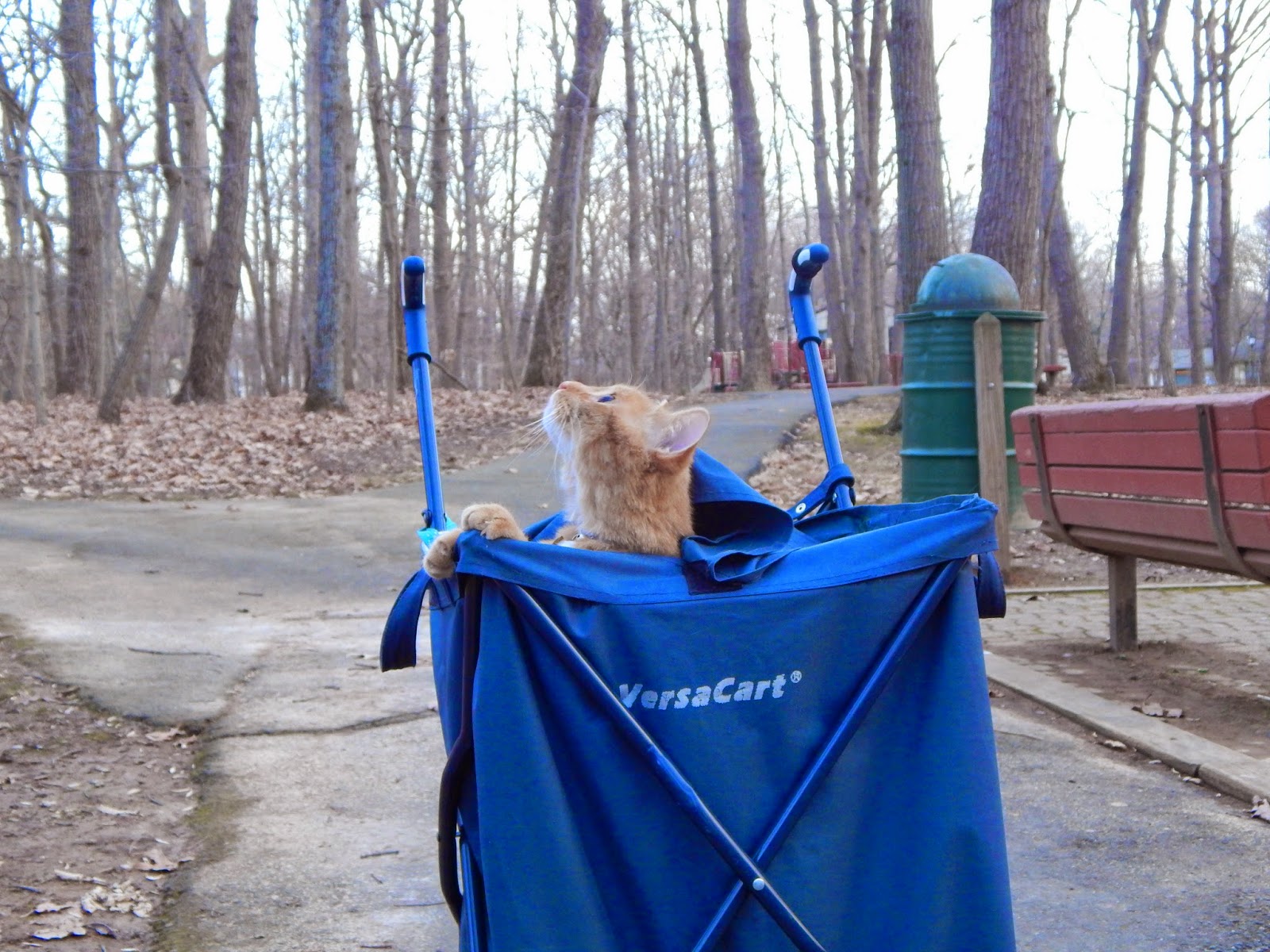 Today was a gorgeous day.  Almost like spring despite what the stupid groundhog said. So we went out to the golf course and watched people chase little white balls around for a while. Gilly seemed to sympathize but I wouldn't let him join in. And we watched the flocks of birds migrating back from warmer latitudes. And we watched the squirrels waking up from hibernating trying to figure out where they buried all those nuts last fall. And afterwards Gilly took an especially heavy nap on the recliner. But he didn't try to get out the front door when he woke up again.